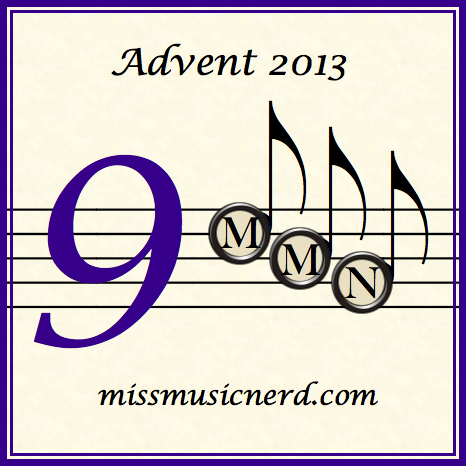 Confession: I sorta have a thing for eerie, somber music. I’m not an eerie or somber person, but there’s just something compelling about music that delves into the shadows. I think it’s kind of like watching a scary movie — it’s a safe way to confront fearsome experiences, because you know it’s make-believe.

It might seem surprising that music in such a mood would show up during Advent, but it’s part of the old tradition of Advent as a penitential season, complete with fasting and the prohibition of festive activities (no dancing at that office holiday party!). Besides, the waiting and preparation aspect of Advent is seen as related not only to Christmas, but to the Second Coming, which is a bit anxiety-inducing, what with its connection to the Last Judgment and all. Ho ho ho, y’all!

I first heard the hymn “Let all mortal flesh keep silence” as a teenager, so I was perfectly predisposed to revel in the spookiness. The tune is the French Carol Picardy, which is at least a few centuries old, but is faintly reminiscent of the even older Gregorian Chant tradition if you ask me. And that makes fits, since the words are translated from a fourth-century Greek text that works the scary second-coming vibe pretty thoroughly:

Let all mortal flesh keep silence,
And with fear and trembling stand;
Ponder nothing earthly minded,
For with blessing in His hand,
Christ our God to earth descendeth
Our full homage to demand.

King of kings, yet born of Mary,
As of old on earth He stood,
Lord of lords, in human vesture,
In the body and the blood;
He will give to all the faithful
His own self for heavenly food.

Rank on rank the host of heaven
Spreads its vanguard on the way,
As the Light of light descendeth
From the realms of endless day,
That the powers of hell may vanish
As the darkness clears away.

At His feet the six winged seraph,
Cherubim with sleepless eye,
Veil their faces to the presence,
As with ceaseless voice they cry:
Alleluia, Alleluia
Alleluia, Lord Most High!

Here’s a version sung by King’s College Choir of Cambridge, with a suitably mysterious organ accompaniment by Edward Bairstow, from their recording Best Loved Hymns.