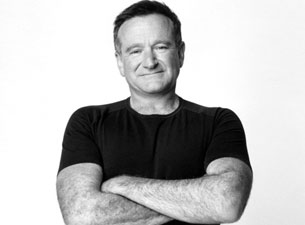 This afternoon when I got the news of Robin Williams’ death, a suspected suicide, I was sure it was a hoax. It had to be. How could it be that the funniest man in the world got to a place where being alive was too painful to bear? For a fraction of a second, all the color drained from the world, and it seemed impossible that anyone would ever laugh again.

Of course, if you scratch the surface of comedy, you’ll often find pain, so really it’s not so surprising that such a huge comic talent would have a proportionally weighty dark side. And addiction and substance use are both cause and effect of the damage that dark side can do. I wanted to believe that Williams’ astonishing energy and creativity would always keep him moving too fast for despair to catch up with him, but that’s a lot to ask of a human being.

When a suicide makes the news, whether the deceased is a celebrity or a regular person whose story strikes a collective nerve (a victim of bullying, for example) I feel both sad and angry. I think to myself, “Not again, dammit.” Because it should always be preventable. It’s as absurd and regrettable as dying from asthma: there is treatment that works if the person suffering is able to access it before it’s too late.

I’ve been agonizing today over how to choose my words wisely so I don’t come across sounding critical of Williams, or anyone else who ends their life. I do feel anger and disappointment at the needless loss, but I know that the cause is illness, not personal failure or flaw. I take it hard because it feels like a near miss.

I like to keep things light-hearted around here, so I haven’t mentioned it to you, music nerds, but in the spirit of sunshine being the best disinfectant, I will share that I’ve battled depression all my adult life. It has been acute at times, chronic at times, and exacerbated by and intertwined with grief at times, like when my mother died of cancer, at least 20 years too soon, if you ask me.

Of course, I’ve also had many happy experiences, and I have a fabulous husband, a wonderful family, and many brilliant friends. But depression is a persistent little cuss that ultimately doesn’t care about reality. Depression sucks. Depression lies. It’s is a thief, a con artist, a parasite. It’s pernicious and pervasive; it defends itself and reinforces itself.

So in spite of being a fortunate person overall, I’ve spent many frightening moments in that dark corner where the shadows fool you into thinking you’ll never get back to the light. It’s been a while since I landed there, and I’m fairly confident I won’t go back, though I will always need to be vigilant and take preventative care of myself. I am well-cared-for, and for that I’m grateful.

I’m pissed off for you, Mr. Williams, but not at you. Being human is a tough gig.