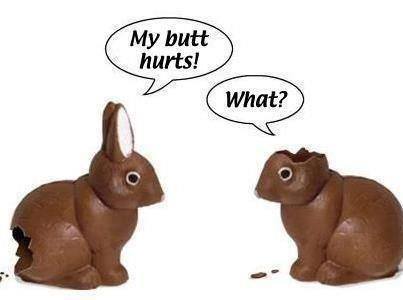 Greetings from Central Ohio, music nerds! I know, it’s hard to keep up with McDoc and me as we traverse this great land of ours, always working hard to stay one step ahead of the law. Last spring, McDoc got a job offer he couldn’t refuse in the subspecialty he is passionate about: cancer rehabilitation. He now works at THE Ohio State University Medical Center, and we have relocated to Columbus, the state capital and a far more hip and happening city than you might expect.

Due to the heavy demands of my role as chief relocation officer, I’ve been on sabbatical from most gainful musical employment for several months. That has made for an uncommonly quiet Holy Week and Easter this year; it’s one of maybe three years out of the last 30 that I haven’t been immersed in church music activities.

I have also been inconsistent about posting here, for which I apologize. Much writing is happening behind the scenes, though — I’m excited to say that I am working on a book (!!!) of memoirs about my musical adventures, stretching all the way back to my early days spent hiding under the piano bench during my sister’s lessons. Stay tuned!

Today, I’d like to share my favorite Easter story. It comes from my mother, and I hope she’ll approve of my retelling of it from her vantage point up in Heaven, if she’s not too busy partying down, ice cubes in her Chardonnay and everything (explains a lot, right?). Enjoy!

My mother’s grandmother was a candy maker. She dipped chocolates by hand, and perfected the skill of swirling the coating into a letter on top of each piece, to indicate the flavor of the filling. She worked for a candy company, but she also sold homemade confections to friends and neighbors. One of her specialties was chocolate bunnies for Easter.

One year, my mom was spending Easter weekend at her grandparents’ house, along with (I assume) her older sister and their widowed mother. Her grandmother had received orders for dozens of chocolate bunnies, and had spent all day Saturday melting chocolate, pouring it into molds, and setting the finished bunnies up to dry on her kitchen counter, her dining table, anywhere she could fit them.

Now, anyone who knows me knows I am a raging chocoholic. I come by it honestly. When my mother, who couldn’t have been more than six or seven at the time, laid eyes on row after row of freshly made chocolate bunnies, she must have been transfixed. Evidently she was not permitted to do any taste-testing, though; she would have to wait until Sunday morning for her treats, just like everyone else.

But chocolate is a hell of a drug, and six-year-olds are not known for their temperance.

So when the adults were otherwise occupied, she snuck into the twilit kitchen where the bunnies kept vigil. She gazed at the multitude of them, beset by temptation.

No one will notice one little bite, she assured herself.

But as she carefully placed a lightly mutilated bunny back among its brethren, she saw that the difference was indeed conspicuous. She would have to hide her transgression somehow.

She came up with a plan.

Satisfied that she had covered her tracks, she stole out of the room and, I imagine, lapsed into a sugar coma, either immediately or maybe after going outside and running around the yard like a pint-sized maniac for half an hour or so.

The next thing she knew, there was a commotion and loud voices coming from the kitchen, as her grandparents expressed horror at the grisly scene they had uncovered.

Each and every bunny had a tiny bite taken off the top of its ears.

Her grandparents were up all night, remelting and remolding the chocolate so they could deliver intact bunnies to their customers.

You might expect that my mom came in for some harsh punishment given the trouble she caused. But as she always told the story, the adults laughed so hard at the cunning precision of her naive yet devious subterfuge, they couldn’t bring themselves to be angry with her.

I wonder if she had any appetite for chocolate come Sunday morning, though.

Note: Mom was born in 1936, so this incident most likely took place during World War II. It occurred to me that chocolate might have been hard to come by at the time. I looked it up online and found that sugar was rationed from 1942 to 1947, but I couldn’t find anything specific about chocolate. One source suggests that people used corn syrup as a substitute — maybe corn wasn’t subject to rationing? I’m not sure. But if the ingredients necessary for candymaking were rare at the time, that would add some poignancy to the story.

Oh, right, this is a music blog, so here is my favorite Easter Hymn. And below it is a set of alternate lyrics, which I can’t believe I only just encountered this year as it made the rounds on Facebook! 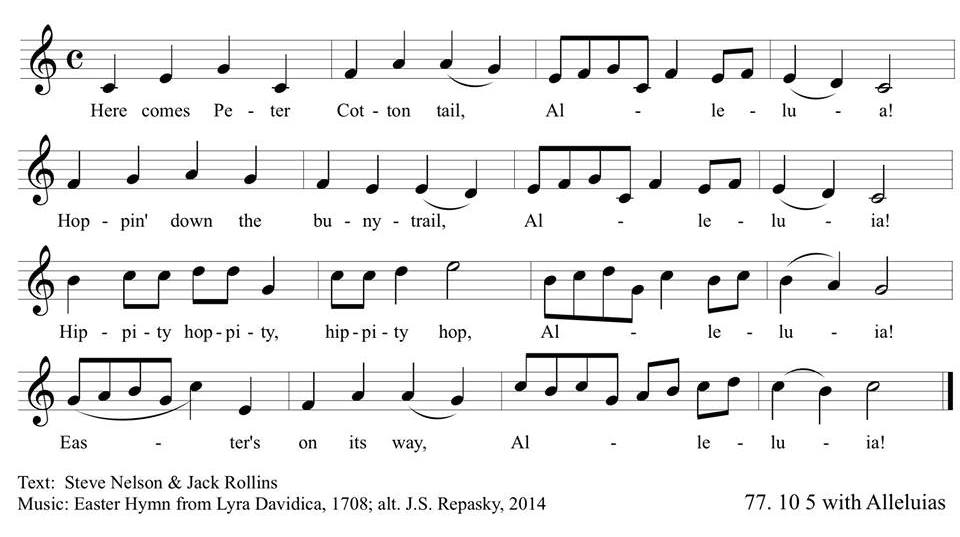