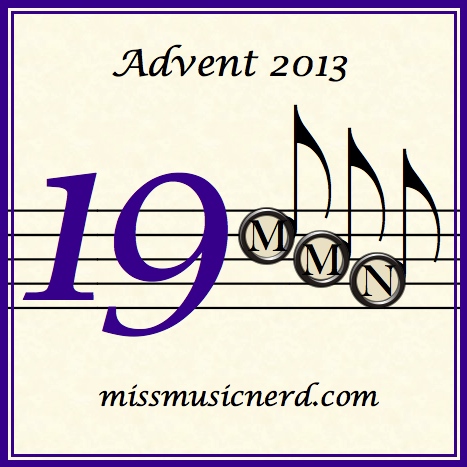 My friend Marcy reminded me of the song “Hard Candy Christmas” today when she posted the video below on Facebook. It was buried in my memory several sedimentary layers down, and I remember liking it even though I technically wasn’t supposed to. You see, when I was of the age where being (or at least appearing to be) cool was as crucial to life as oxygen, any music that had the least little whiff of country about it was decidedly not cool. The fact that the best-known version of it was sung by Dolly Parton didn’t help, since she was not exactly taken seriously where I’m from.

I eventually got cured, both of caring about looking cool and being diffident about liking country music (I’m a y’allternative kinda gal). Oh, and I saw the light about Dolly Parton, too, thanks to a lecture I attended as a student U.C. San Diego.

It was back in April of 2000, when the UCSD Music Department launched a series of talks called “The Future of Music.” A composer named Robert Ashley was one of the speakers on this weighty and wide-ranging topic, and he did something that simultaneously put me over the moon and broke my heart. In the midst of speaking profoundly and playfully by turns, while maintaining sufficient academic rigor to keep from getting voted off that particular island, he threw this down:

I was elated on multiple fronts: a) the song is gut-punchingly beautiful, b) it’s unabashedly religious, which I knew would piss off a lot of people in the room (and that delighted me, as I had learned the hard way that even mentioning a teeny little interest in sacred music in that little community was enough to get oneself subjected to academia’s version of getting stuffed in your locker and having your lunch money stolen), and c) it was the sort of thing that was just Not Done in that context, where music was something to analyze and discuss with multitudinous five-dollar words, not something to love and live for with abandon.

But my heart broke too, because my mother was dying of cancer at the time; she got off this crazy merry-go-round four months later.

ANYWAY. All of that is just to say that Dolly Parton is a badass, musically and otherwise. And grad school is crazytown and losing a loved one sucks rope.

Getting back to the song at hand: in my distant memory of it, “Hard Candy Christmas” was a reminiscence on Parton’s impoverished upbringing, but when I looked it up, I discovered that it came from the musical The Best Little Whorehouse in Texas. Which, as everyone knows, is a beloved holiday classic. The song does address finding hope and strength in the midst of adversity, but it also has a melancholy tinge that reminded me of “River,” which we looked at back on Day 13 of this little clambake.

I had actually seen the film version sometime back in the last century, but I forgot that the song figured in it. What I remember most vividly from that movie was Charles Durning’s old-fashioned song-and-dance routine as the slick Texas governor.

And pondering treasured memories is what the holidays are all about, right?