Happy March, music nerds! (How did that happen?) I’m overdue on the tales of my adventures at the 55th Grammys, as I’ve been alternating attending concerts at home in Pittsburgh (about which more later) and recuperating on my fainting couch! 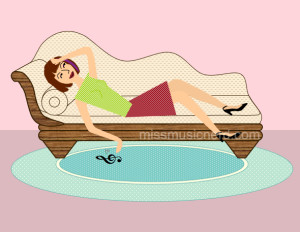 McDoc and I are about to dash off to Indiana, PA to hear a recital by Grammy-winning soprano Renée Fleming — am I excited, or what? But first, as a teaser to a future post where I’ll regale you with stories of my behind-the-scenes adventures accompanied by so-so smartphone photos, here are links to my posts at grammy.com for the 55th season!

My Grammy fairy godmothers asked all of the genre bloggers to write a post highlighting an aspect of their genre that was important to them. I chose to write about the fantastic experience of hearing classical music live, which may be preaching to the choir here, I know, but I hope to inspire those who may not have darkened the doors of a concert hall lately:
Classical Music: You’ve Gotta Hear It Live!

Here’s a run-down of this year’s classical nominees:
Classical Dazzles With Old Favorites And Surprises

And here is my attempt at capturing the state of classical music at the end of 2012, which is not something that can be done in 500 words or less, but one can but try:
Classical Is Alive And Kicking In 2012

Finally, the Spotify playlists for this year’s nominees (some nominated recordings weren’t on Spotify last time I checked, but these will keep you listening for a good long while!)