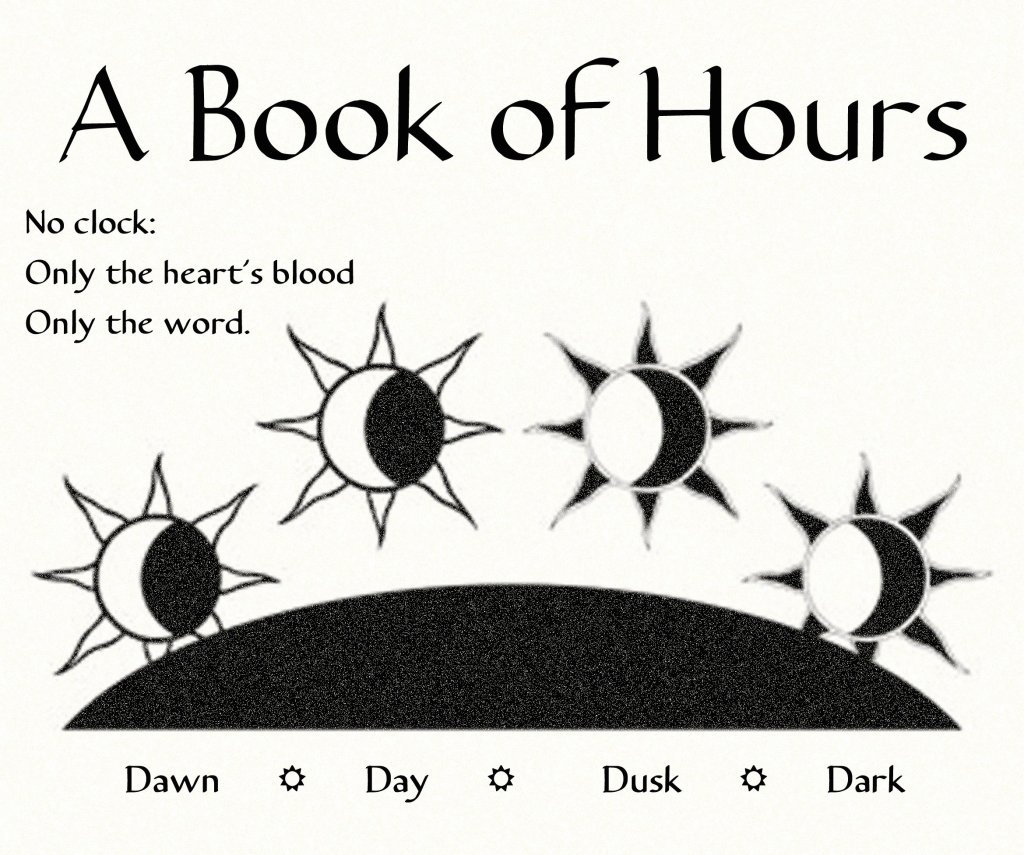 A few years ago, I discovered the writings of Thomas Merton, a Trappist monk, mystic, writer and peace activist, and I wrote a cycle of piano pieces incorporating short excerpts from his writings into the performance. The centennial of Merton’s birth is this month, and I am participating in a series of events celebrating the occasion. If you’re in the Pittsburgh area, come check it out!

Post-concert update: My friends who helped me put on this event made a pretty good recording of it! Here it is in Youtube form. Enjoy!

About A Book of Hours

In 2008, I went on retreat at an Espicopal Benedictine monastery, at the invitation of my husband, who had a long-standing interest in monastic spirituality and practice (though he lacked a calling to monastic vows, fortunately for me!). The monks follow a centuries-old practice referred to as the Liturgy of the Hours or the Divine Office, which involves praying at set times per day, chanting psalms and other sacred texts in a prescribed cycle.

After my experience with the monks’ routine, I sought out resources to continue a simplified form of their practice on my own. I discovered a prayer book called A Book of Hours, edited by Sister Kathleen Deignan. The book organizes writings of Thomas Merton, a 20th-century monk, poet and peace activist, into prayers for each day of the week at four times of day: Dawn, Day, Dusk, and Dark. I was inspired by the texts to compose a cycle of twenty-eight piano pieces, one for each day and hour.

Like the psalms chanted by the monks during their daily prayers, Merton’s writings depict a broad range of human emotion and experience, from joy to rage, humor to despair, introspection to exultation. I sought to capture those varying moods in my music. The performance includes recitation of short excerpts from the text alternating with musical responses.

I hope you enjoy it!