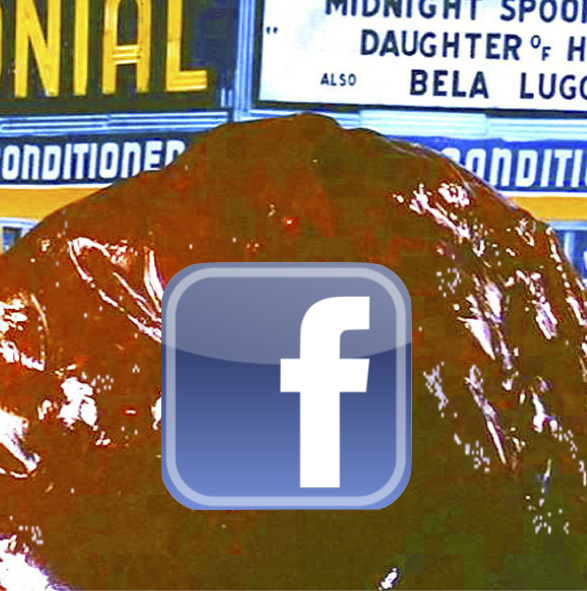 What have I done, music nerds?

The internet is both a blessing and a curse — it facilitates communication, research, commerce, and on and on. It has become an indispensable teaching tool for me. I’ve met many important people in my life somewhere on the internet before I met them in person. (That includes my love, McDoc!)

It is also an endless font of fuel for procrastination. And I’ve noticed that Facebook, especially, has become a sort of digital pacifier and empty time- and space-filler. But it doesn’t stop at just filling emptiness; it also takes over time and space that would be better used on other things. It’s not just like a goldfish that grows as big as its space will allow. It’s The Blob in digital form.

One reason Facebook has become so important in my life is that so many of my close friends and colleagues are flung across the country and beyond. Typical in the music biz I think, and also a result of the nomadic life McDoc and I have led. In spite of my extreme introversion that sometimes borders on misanthropy, I do somehow manage to meet wonderful people and make friends everywhere I go. It’s magical!

But my use of Facebook has gotten out of balance, so I thought perhaps a hard reset would be helpful. I’m not forswearing the internet entirely — I’m not that crazy! (And I’ll post official music bidness, including links to these here blog posts, on my FB page, otherwise NO ONE WILL KNOW ABOUT IT!) But my hope is that setting aside a habitual activity that is mostly pretty passive and superficial will help me reclaim some time and space for creativity, which I have been sorely neglecting lately.

And that’s why we’re here today: it occurred to me that a series of posts on music that fits the theme of Lent could be very interesting. I did a Musical Advent Calendar in 2013, and it was fun, but somewhat limited; for one thing, most of the music played during Advent is really Christmas music barging in early (I subscribe to the Twelve Days of Christmas worldview, partly as a protest against the materialistic Black-Friday/After-Christmas-Sale-Stampede culture we’re mired in).

But Lent can mean many things, not all of them sad (though the sad stuff is catnip for me, I admit; I am an emo girl at heart), so I think this has the potential to be a wide-ranging and fruitful exploration.

Singer-songwriter Elvis Perkins is the son of Anthony Perkins, of Psycho fame. Evidently, he was named after another musical Elvis, so it’s just a good thing he didn’t grow up to have a passion for coal mining.

The lyrics are pretty bleak, but understandably so, as the song is the title track of an album that relates to the deaths of his parents:

The title refers to being left on Wednesday with nothing but ash, because she died on a Tuesday – being left with ash on September 12. That was also the day my father died, September 12… It first occurred to me on Ash Wednesday itself – my consciousness was largely ruled by having lost my mother six months previously.

– Interview in The Guardian

At the moment, I am not walking in the burned-out landscape these lyrics depict, though I have staked my tent there for long stretches, for sure. But this year at least, Ash Wednesday isn’t about sadness or grief for me (two related but different things, please note). And it’s definitely not about the kind of penitence that can blur into an ironically ostentatious narcissism — raise your hand if you’ve starred in that movie. Or don’t. You’re not fooling anyone, you know!

But this bit is instructive:

When fire my friend, fire my villain
You take away yesterday to give to me today
When nothing’s free, no now it’s Ash Wednesday

It’s about renewal, letting go, wiping the slate clean to make room for new possibilities — while resisting the sugar-coated-platitude version in favor of the reality that it’s gonna hurt while it heals.

Which, in addition to being the infuriating truth, is ultimately more satisfying anyway.