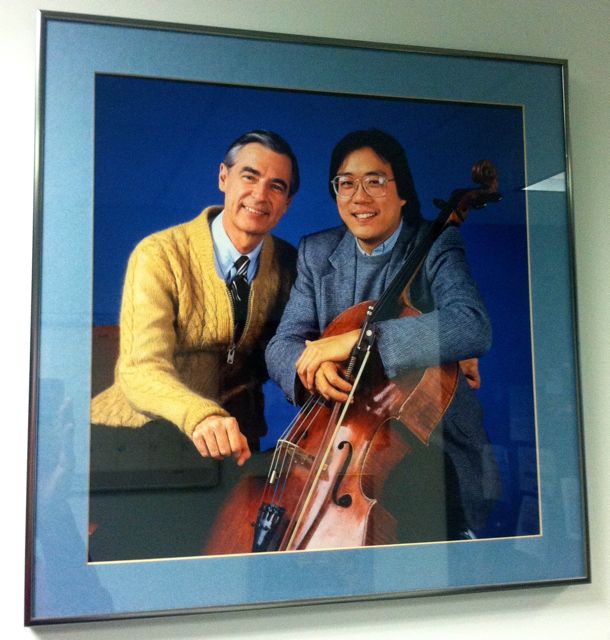 Good morning, music nerds! I got up a little while ago and ran to turn on WQED, my local classical radio station, because who doesn’t like to hear beautiful classical music in the morning?

But this morning is a bit special because — whoa, there I am!!

Earlier this week, I visited the WQED studios and chatted with morning host Jim Cunningham about my blogging/composing/piano-playing adventures, and I played one of the pieces from my concert coming up this weekend. They’ve broadcast a couple of excerpts already this morning, and the whole interview will be online. I’ll post a link as soon as I have it! UPDATE: here it is!

Jim Cunningham very kindly gave me a tour of the studio. They have the tree from the set of Mr. Rogers’ Neighborhood! 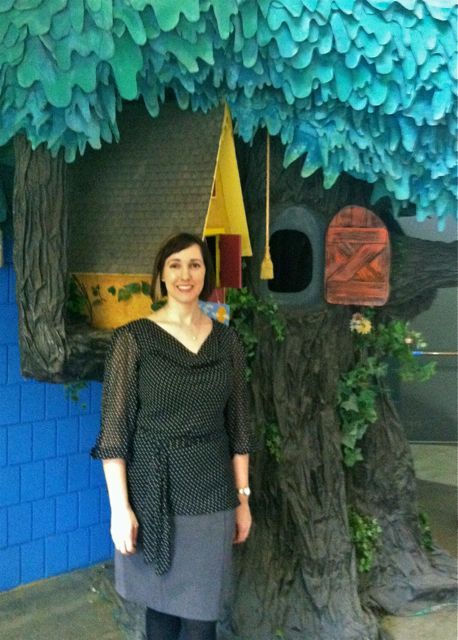 See? I was really there! 🙂 And so was Yo-Yo Ma, as you can see in the photo up above with Mr. Rogers. I had to settle for a picture of a picture of them, but it was still pretty exciting!