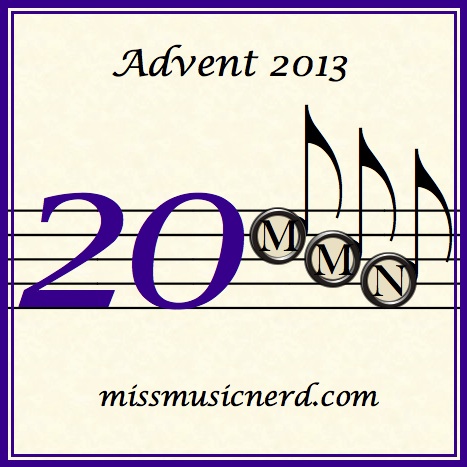 I’ve always loved the Christmas song “I Wonder as I Wander,” but I never gave much thought to its origins. It was folk music, which meant its exact authorship might not be known. I also never thought about when it might have been written, but I assumed sometime in the 19th century. So when I looked it up, I was surprised to find that it was written by John Jacob Niles in 1933. But it’s a little bit complicated.

Niles was a folklorist and folk song collector, and it seems this song grew out of his interaction with, well, one of the folk — a poor young girl named Annie Morgan. She sang a single line over and over again, and he added to it to create the song. It wasn’t the only song he composed in that fashion, and when he found that some people assumed his songs were anonymous, he took legal action to make sure he was credited and could receive royalties from performances and recordings.

So there’s an ethics issue here. In general, I think that composers are naturally influenced by their environments and experiences and it’s all fair game for creativity. It seems his collaborators should have gotten more credit, though. But they were poor and uneducated, without the means to write down or record their music. Niles did have those resources, so he benefitted from the music in ways that his sources did not.

Of course there’s more to the topic than I can cover here, and Niles was an important figure in the folk music revival of the 1950s and 1960s.

And I still like the song, but I wish the story behind it were more of a heartwarming holiday classic!