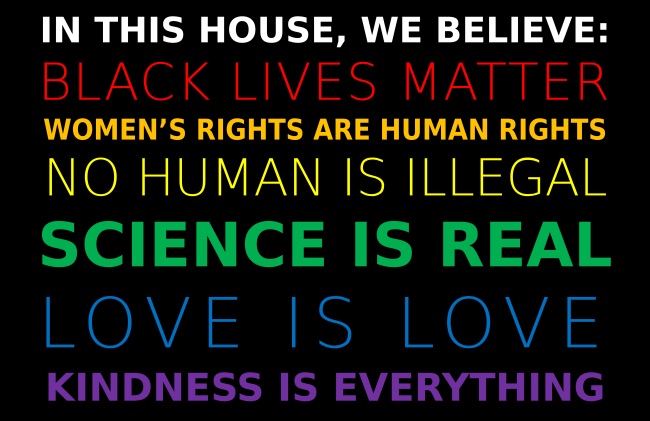 Ten years ago, I wrote:

I really like the kind of music that evokes ticking clocks — especially ones that aren’t working properly… I like juxtaposing strictly rhythmic material with more free-flowing ideas.

When I wrote this piece, I imagined it as underscoring for a popcorn-chomping action movie — hence, the satirical title. When I listen to it now, it evokes something darker and more fearful. I recently watched the first episode of the new television adaptation of the Handmaid’s Tale. I was very impressed by the opening chase scene, especially the music, which captured the this-can’t-really-be-happening terror really well. My little piece here is a sort of tinker-toy version of that. I’m not beating myself up by saying so — this is a little something I schralped up in a day, ten years ago, when I couldn’t have imagined anything about where I’d find myself today.

I started this blog because I wanted to write about music in a way that was more enjoyable — both to write and to read — than the kind of academic writing I encountered in grad school. My target audience was people who loved classical music but weren’t necessarily professionally trained in it. I made the decision to keep it lighthearted and positive most of the time, as a corrective to the punitive seriousness I had been steeped in at universities.

Eventually, I found my always-sunny house style limiting in its own way. Sometimes I wanted to address controversial topics or voice a critical opinion. I hesitated, though, because I really don’t like to argue. And if you’ve been on the internet at all, you may have noticed that it’s a bit of a snake pit, especially the comments sections, which I mostly avoid, because I almost always regret it when I don’t.

I’ve mostly kept politics off this blog too, for the same reasons. But at this particular moment in time, I believe it’s not only impossible but irresponsible to remain silent on the current political climate.

On Saturday, August 12, McDoc and I went to an outdoor orchestra concert in the beautiful park near our house. We sipped wine and enjoyed a picnic dinner featuring ingredients from our vegetable garden while we listened to Piazzolla and Beethoven. It was a lovely way to celebrate McDoc’s birthday. 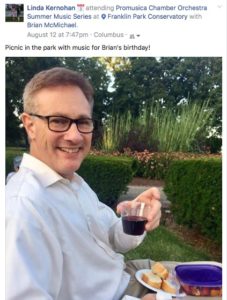 At the same time, we were just starting to process the horrifying news out of Charlottesville.

McDoc and I were both profoundly disgusted by the results of the 2016 presidential election, and we wanted to do something. I made plans to attend the Women’s March on Washington as soon as I heard about it. Here I am on the Mall on January 21, 2017: 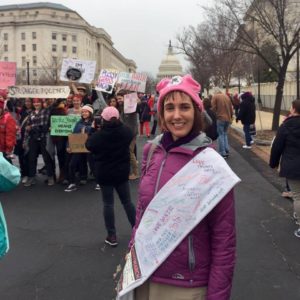 I sewed that pink hat myself (I can’t knit to save my life). I didn’t realize until later that I wore it backwards all day, so you can’t see the cute little white ear insets. But the message got across. I look pretty rough there, I know, but that was after an overnight bus ride and no coffee.

I’ve participated in a few activities with my local Indivisible chapter, including visiting my Republican senator’s office several times to voice my concerns. I even spoke to Senator Portman in person.

And most recently, I attended a vigil at the Ohio Statehouse in honor of those killed and injured opposing fascism in Charlottesville. While there, I wrote on Facebook:

I confess that I’m a coward. I’m afraid to put my body in the street. I’m afraid of being arrested, pepper sprayed, beaten up. But I’ll take the small stand I can, because I’ll be goddamned if I’ll sit by while fascism becomes normalized in my country.

I like to think that, somehow, someday, everything will be alright. But right now, our collective clock isn’t working properly. The least I can do is bear witness.