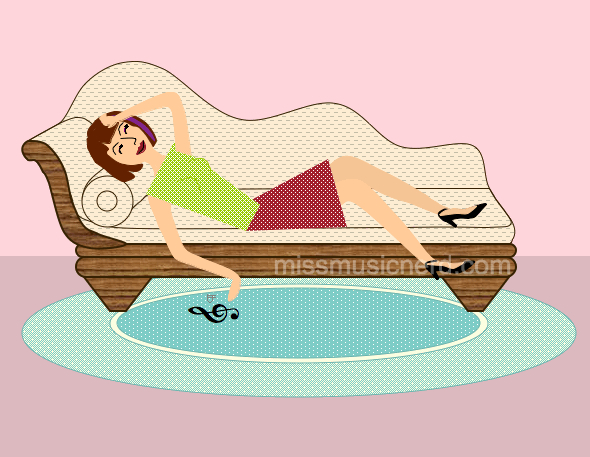 Happy Monday, music nerds — as happy as the Monday after “Springing Forward” can be, that is! I know I’m not the only one who gets thrown off-kilter by it. Sample comments from Facebook and Twitter today:

“The change to Daylight Saving Time means for the next 2 weeks I will be a mess. Be warned.”
“Happy Napping Day!”
“They may as well call time change day National Feel Like #$!& Day!” Etc. etc. 😀

It’s so true… This morning was rough for McDoc and me both. It wasn’t just the time change, though: our weekend was a veritable Choral Marathon!

I ran the first leg solo on Friday night, as McDoc was on call. It’s too bad he had to miss Cantata Singers performing Monteverdi, Poulenc, Schütz and Stravinsky. Fascinating program, great performance — I’ll write more about it soon. Oh, and there was a bona fide “Is there a doctor in the house?” moment… Well, McDoc didn’t mind missing that, actually! (An elderly woman suffered a fainting spell, and was taken away by ambulance. She was alert and cheerful by the time they got her on the stretcher, and I certainly hope the hospital visit turned out to be purely precautionary!)

On Saturday, it was time to get out of the stands and onto the field. I picked McDoc up at the hospital around 7:30 am, and then we headed to Cambridge, where breakfast at S & S Deli was followed by a three-hour dress rehearsal for Verdi’s Requiem with Masterworks Chorale. (I would like to be able to say that I eschewed dairy products at breakfast, as proper vocal protocol requires, but in some quarters, a bagel without cream cheese is considered an even bigger sin than singing with phlegm in your throat! 😉 )

Mandatory union break. 😉 You can just make out McDoc at the back of the stage, wearing scrubs!

The dress rehearsal was very exciting, because we got to hear the orchestral accompaniment, and the vocal soloists, for the first time! Mad props to hardworking choral piano accompanists everywhere, of course — they slave over a hot orchestral transcription for weeks on end at rehearsals, and don’t even get to take a bow at the performance! But there’s just nothing like hearing the opening cello line of the Verdi, on the cello. I felt myself getting verklempt from the very first measure. It reminded me of the dress rehearsal for my sister’s wedding, where I dissolved into a puddle of tears. Fortunately I got that out of my system before the ceremony itself!

After Verdi, we raced to Jamaica Plain to rehearse for Night Song, a weekly program of Gregorian chant and Renaissance polyphony for small vocal ensemble. Changing gears from Verdi to this unaccompanied music was interesting, to say the least. I missed having time to breathe between phrases while the orchestra played, for one thing!

I was very happy that my voice lasted though the day — five hours of rehearsal all-told! But the real test came on Sunday.

I recently accepted an organist-choir director position at a local church, so Sunday mornings no longer mean a leisurely brunch and a newspaper as thick as a phone book… Until after church, that is! 😉 So the day started bright and early. After the service, it was back to Cambridge for a 2:15 call and 3 pm performance of Verdi.

After the Verdi, tired but happy!

Oh, did I mention it rained non-stop all weekend? We dashed from parking garage to theater with garment bags in hand, not entirely avoiding some very impressive puddles along the way, but at least keeping our fancy duds dry until we could change into them.

Performing the Verdi was extraordinary, of course. More about that soon, too! But afterwards, we were still running! 6 pm call for 7 pm performance of Byrd, Farrant, Tallis, and assorted chant. All of which went swimmingly.

We ended the weekend as any self-respecting Boston-area musician would: at an Irish pub, eating and drinking with our musical partners in crime!