Rebirth
– Repopulation of Europe after the Black Death (killed 75 to 200 million people by 1350)
– Renewed interest in philosophy of ancient Greece & Rome
– Developments in science and technology: better maritime navigation led to exploration (Columbus)

– Printing press: introduced in 1455 by Johannes Gutenberg (Germany)
Movable type, not fixed, Metal, not wood
– Spread of information; translation of the Bible into vernacular

– Humanism: increased focus on human talent, ability, fulfillment; decreased focus on the afterlife
– Increased importance of and access to education; introduced ideal of knowledge for its
own sake.

Why is this beneficial?

Used again in the 20th century, for example, Karl Jenkins’ The Armed Man: A Mass for Peace, 1999 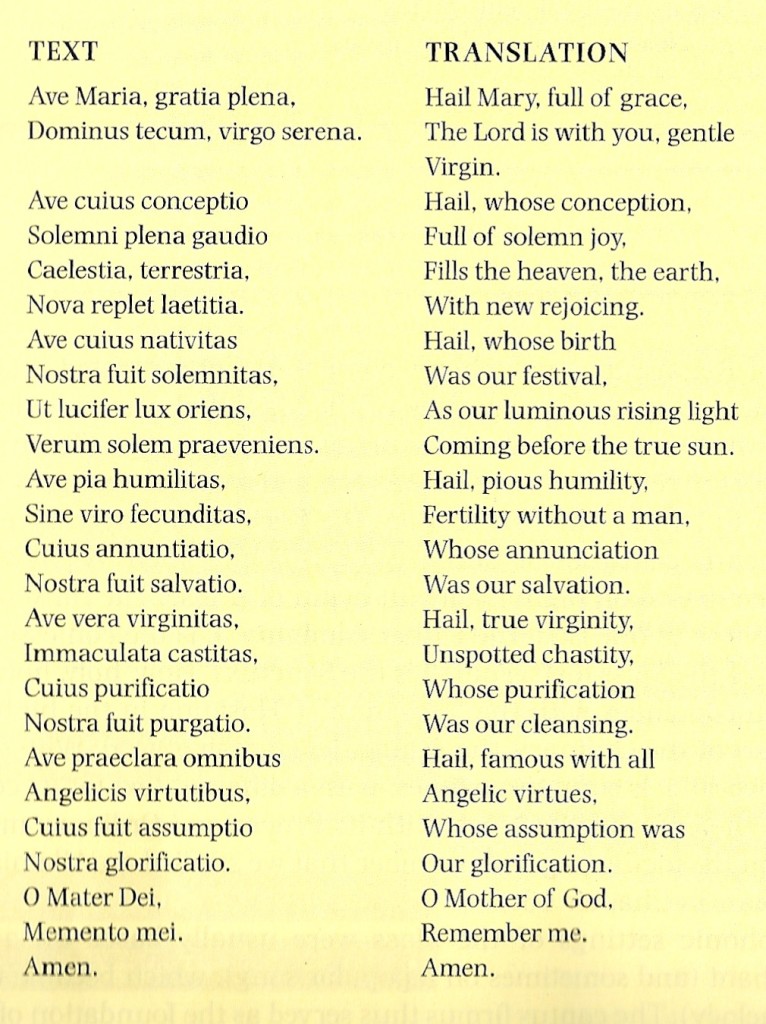 Hail the true body, born
of the Virgin Mary:
You who truly suffered and were sacrificed
on the cross for the sake of man.
From whose pierced flank
flowed water and blood:
Be a foretaste for us
in the trial of death.
O sweet, O gentle,
O Jesu, son of Mary,
have mercy on me.

If Ye Love Me: text in English, not Latin

I have never put my hope in any other but in you, God of Israel,
who will be angry and yet become again gracious,
and who forgives all the sins of man in suffering.
Lord God, creator of heaven and earth,
look upon our lowliness.