On Monday, we will have a practice listening test!
Listen to examples here to prepare: Spring 2015 Listening Review for Final

Things to know for Final:
– Exam is open note, open book: make a study guide for yourself, write or print it out, and bring it with you
– General Characteristics of the musical eras studied, including approximate dates
– Important people
– Musical terms
– Study the listening examples

J.S. Bach: composer, organist, church music director
– Wrote cantatas, organ music, chamber music
– Popular as a performer during his lifetime, but not as a composer. 80 years after he died, Felix Mendelssohn revived Bach’s music, and now he is often considered the greatest classical composer in history.

“There are two kinds of music. Good music, and the other kind.”
– Duke Ellington, jazz composer, pianist, & bandleader 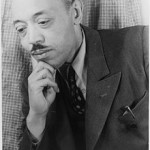 Spiritual: “Sometimes I feel like a motherless child”
Marian Anderson, vocals
(By the way, Anderson was the first black singer to perform at New York’s Metropolitan Opera, in 1955)

2nd movement evokes the sound of a spiritual 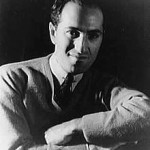 George Gershwin, 1898-1937
– Composer and pianist who wrote many popular songs, often collaborating with his brother Ira Gershwin, who wrote the lyrics
– George and Ira wrote songs for many Broadway musicals. The musicals didn’t last long, but many of their songs became “standards” for jazz musicians

– Asked for lessons from classical composition teachers, but they declined to teach him because they didn’t want to change his style. Arnold Schoenberg said, “I would only make you a bad Schoenberg, and you’re such a good Gershwin already.” (But Gershwin and Schoenberg did play tennis together.)

– Wrote Rhapsody in Blue in 1924 for piano and jazz band, later arranged for orchestra
– Established Gershwin’s reputation as a serious composer and has since become one of the most popular of all American concert works