One of the things Miss Music Nerd did with her summer was spend a lot of time pondering the concept of music criticism. And by “pondering,” I mean dreading, loathing, and, as one is well-advised to do with certain table wines, laying down and avoiding.

Anyway… I know that “journalist” and “critic” are not necessarily the same thing (thank FSM), but when one stumbles onto review territory, the concept of criticism does sort of become relevant. And that’s a problem for me, because I find most of the music criticism I read to be temporarily diverting and amusing at best, and annoying and/or useless at worst. So I have been seriously contemplating abandoning the whole enterprise.

While I’ve been contemplating, a couple of my fellow composers, who also happen to be dear friends, have gotten some bad reviews. Not just bad as in negative, but bad as in appallingly poorly done, intellectually lazy and musically irresponsible. Reading them jolted me out of my omphaloskepsis, and though I continue to be reluctant and ambivalent, I feel I must trudge over to my phone booth, don my cape, and do what I can do to make things right. 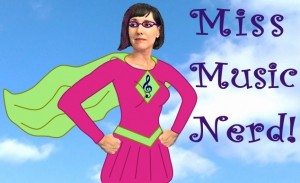 It’s gonna take more than one post, though; if I tried to do it all at once, it would make your eyes bleed. I hope you’ll join me on my meta-critical journey — I promise to make it interesting and, occasionally, even humorous!

I’m going to start with a bad review of some bad reviews of my friend Ben Carson‘s CD, mostly in the form of an interview with him. Stay tuned!